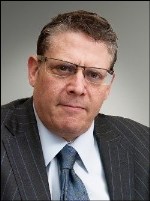 Zukerberg & Halperin is proud to announce that its founding partner, Jonathan Halperin, has won a tremendous outcome for a Virginia inmate.  Jonathan has been a longstanding fighter for victims of jail negligence and deliberate indifference. That’s because he has won many cases based on insufficient medical care.

See the Details of this Jail Negligence Lawsuit –>

Mr. Halperin brought the case against the City of Richmond and the Richmond Sheriff’s Office.  Also sued was the jail’s medical contractor. The final settlement was $2.99 million dollars.

Jonathan’s client wan an inmate who suffered from a heat stroke after he was put in a jail cell without proper ventilation or air circulation. Ultimately, the heatstroke became too much.  Unfortunately, this is only one out of countless other incidences involving deliberate indifference in the Commonwealth of Virginia.

After the verdict, Jonathan explained: “We carefully investigate every case, and if there’s been a constitutional violation, we make the wrongful party pay.”

Zukerberg & Halperin is a full-service personal injury and civil rights firm. Hence, we are staffed by compassionate and hard-working attorneys. Furthermore, Paul & Jonathan personally handle each and every case.  So they can bring decades of legal experience to help get you the best result possible.

So Contact us today to schedule a free case consultation with one of our Top Washington DC civil rights attorneys.